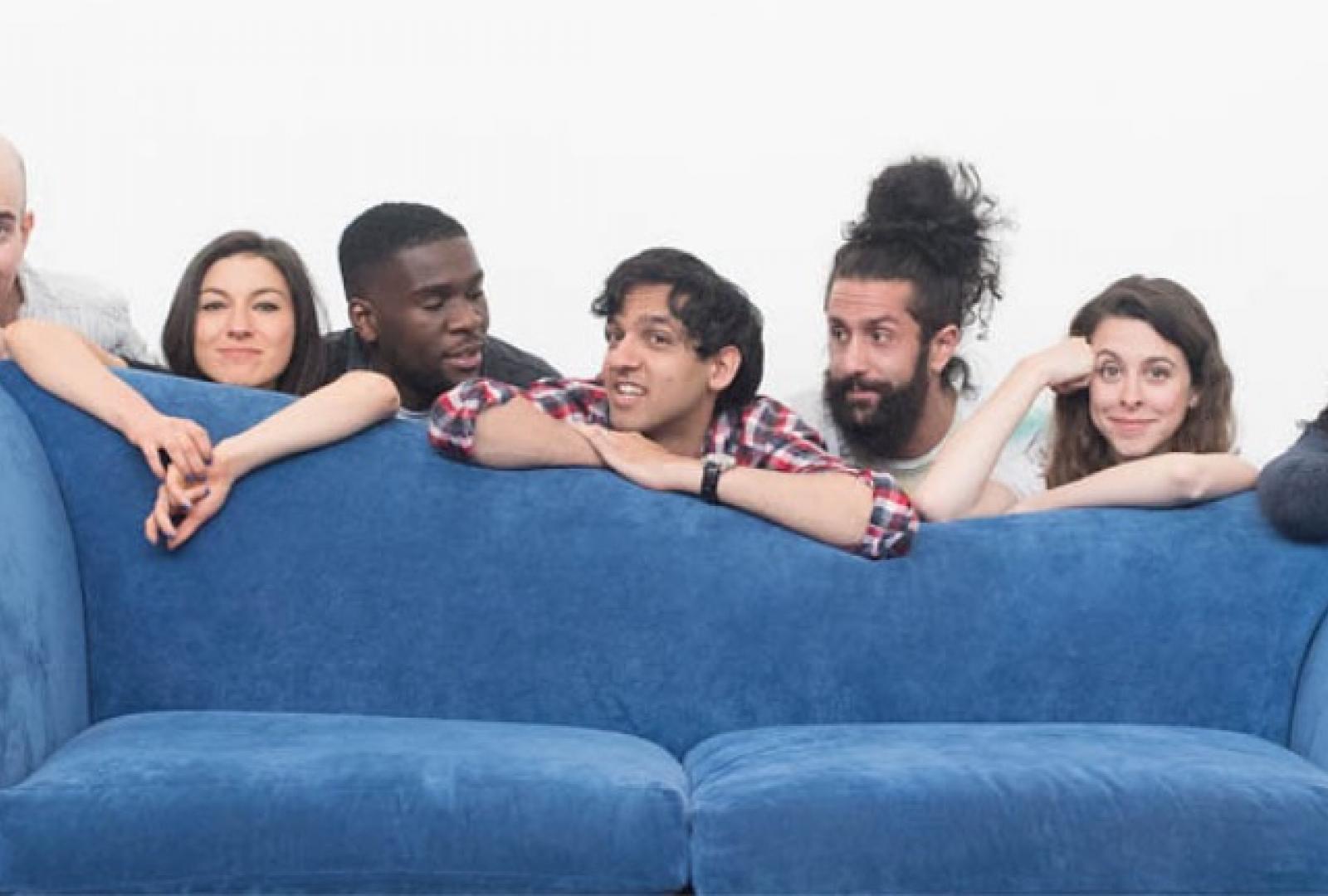 Charlie Hebdo. Paris. Copenhagen. ISIS. Terror on the streets. Conflict in the Middle East. The media is flooded with headlines highlighting tensions between Muslim and Jewish communities.

Celebrating 10 years at the Tricycle Theatre, MUJU devised a brand-new production exploring the pressure many Muslims and Jews feel to distance themselves from international acts of violence, while at the same time feeling pressure to stay aligned with their faith and culture.

We are grateful for the generous support of:

'A SQUIRM-INDUCING NIGHT OF SICK SKITS AT THE TRICYCLE THEATRE, WHICH DESERVE A SLOT ON TV'

'COME IN! SIT DOWN!, IS NOT AFRAID TO TACKLE PRETTY GRITTY ISSUES… WHEN THEY WORK THE CLICHÉS DRIFT AWAY'